The Alabama Law Foundation announces that Anthony A. “AJ” Joseph is the new board of trustees president for 2017-2018. President Joseph states, “It is an honor and a privilege for me to serve the Alabama Law Foundation in this capacity. I consider it such a blessing to have the opportunity to participate in an organization with a fundamental purpose of supporting charitable law-related projects. ” 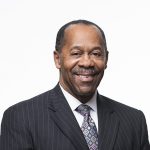 A.J., is a shareholder in in Maynard, Cooper & Gale’s Birmingham office where he specializes in white collar criminal defense and general civil litigation. His talents are recognized in The Best Lawyers in America and Super Lawyers which included him on the 2016 list of “Top 50 Super Lawyers in Alabama.” He has served as president of the Alabama State Bar and as chair of the American Bar Association’s Criminal Justice Section. He is a fellow of the American College of Trial Lawyers, the Alabama Law Foundation, and the Birmingham Bar Foundation.

The Alabama Law Foundation Board Trustees assume the responsibility of advancing the foundation’s mission of making access to justice a reality for all Alabama citizens. President Joseph explains “there are many needs within our state. This year the foundation’s goal is to expand our reach and touch as many lives as possible. It is gratifying to be part of this mission.” The Alabama Law Foundation expresses appreciation to the new officers, the new board members, and the returning board members.